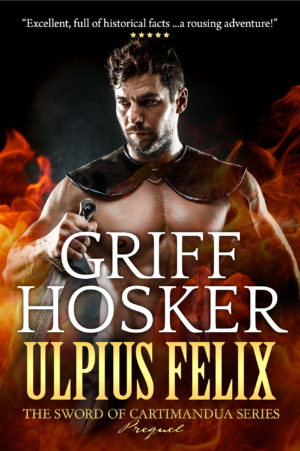 This is the story of a young Pannonian warrior who is forced by circumstances to join the Roman Auxiliary cavalry. The story shows his development as a warrior who becomes a leader of men. The story encompasses the campaigns in Germania and culminates in the horror that was the Iceni revolt and the final apocalyptic battle between the Romans and Boudicca. Filled with battles and intrigue it is a journey across the Roman Empire in the early days of the first century. This is the prequel to the Sword of Cartimandua series of novels. It follows the early days of the auxiliary cavalry and introduces the reader to many of the characters from the later books.