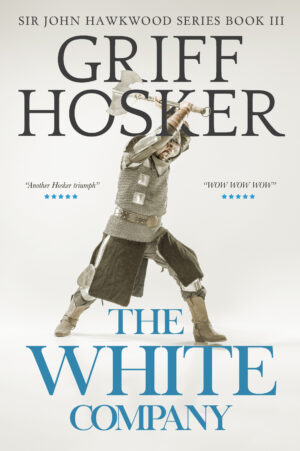 Poitiers was past but it changed the life of Sir John Hawkwood for he gained his spurs and that was another step on his journey to becoming the leader he was desperate to be. Once he realised that he had more ambition than just to serve the King of England he joined forces with Albert Sterz and formed a company of mercenaries who hired out their swords. Fighting for the King of England against Burgundy they gained a reputation that made others fear and hate them. When Sir John is robbed of his fortune by the murder of his banker then he had an enemy to pursue. He learns to become a political animal who chooses friends wisely. His enemies just proliferate with each victory. The defeats merely make him and the White Company, even stronger!