The Road to Agincourt 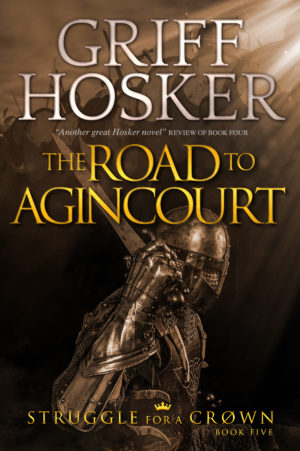 Series information: Struggle for a Crown • 5

Henry of Monmouth, Prince Hal, is barely recovered from a near-fatal wound when his father leaves him to retake his land. Owain Glendower and Edmund Mortimer, however, have French allies and the most inhospitable landscape to aid them. All that Prince Hal has to guide him is the guardian of kings, Will Strongstaff. The two of them have to fight treachery and those who count money as well as more traditional enemies, the Welsh archers.
As the two of them fight together the young prince learns the skills which will help him, in the fullness to time and when his King of England, to not only defeat but to crush and humiliate the French at the Battle of Agincourt.
This is the story of how a prince became a general and how he learned to fight!