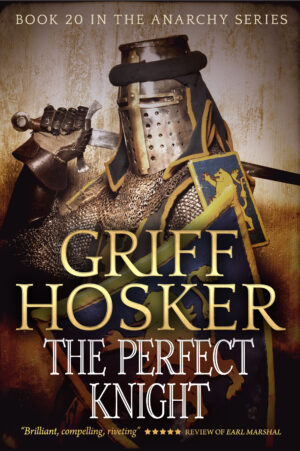 A man torn between his duty to his king and his duty to the king’s heirs. With a legend for a grandfather, it is hard to live up to not only men’s expectations but also those of the king. Sir Samuel of Stockton is a great knight but any chance of peace in his life ends when King Henry and his sons begin to squabble and bicker about the future of England, Normandy and Aquitaine. When King Philip of France also uses the discord to foster dissension then Sir Samuel must emulate the Warlord and defend a king and a country whilst keeping his home safe. The story moves from the borders with Scotland to the heart of France and thence to Sicily, Cyprus and the Holy Land in a fitting finale to the Anarchy series.