Sentinel of the North 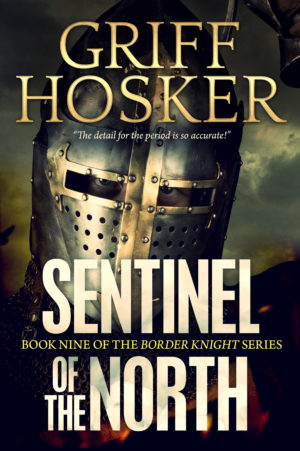 When Sir William and his father, Sir Thomas of Stockton, the grandson of the Warlord, return from the crusade, they have to fight a new enemy: The Scots. Now that Queen Joan has died then King Alexander of Scotland is under the influence of the French. Sir William has to defend a perilously under-protected border. King Henry loses a disastrous battle to the French and the men of the Tees Valley are decimated. This is when Sir William will be truly tested for he is alone with fewer men than he needs.
A fast-moving novel which shows the border between Scotland and England at a time when Kings and nobles had yet to decide precisely where it was!