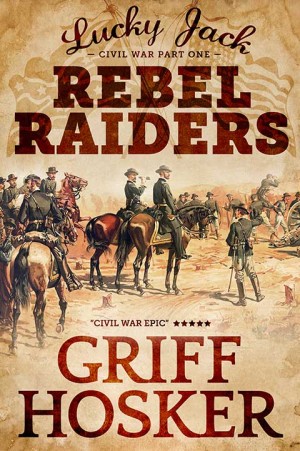 This is a story of the American Civil War. Jack Hogan is an orphan whose parents are murdered by a scoundrel. After being press ganged to serve on a slaver he finds himself working for a slave master in Charleston. When the war begins they become Partisan Rangers and fight the war against the north from behind enemy lines. They fight as the forerunners of the American Special Forces such as the Rangers. Based on John Mosby and the Grey Ghosts the fast moving novel is filled with battles, skirmishes and the kind action familiar to those who have read the author before.