Return of the Knight 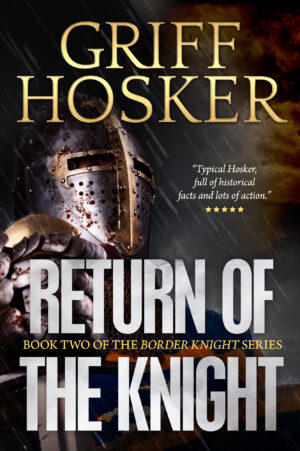 Sir Thomas and his new bride, Lady Margaret, have been forced to leave the Baltic. They cannot go to England and so he heads for Anjou where he hopes to take over the old manor of Sir Leofric. Upon his arrival he finds himself thrown into a world of intrigue. Prince Arthur had been the chosen heir of King Richard but King John had taken not only the throne but also claimed the lands of Normandy, Maine and Anjou. Even before he has taken charge of his new manor he finds threats from the French as well as King John. With his handful of men he has to carve out a home for himself whilst fending off enemies on all sides.