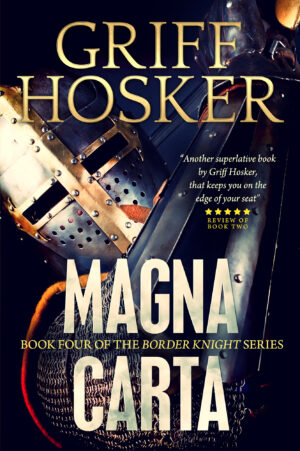 The Earl of Cleveland has managed to put himself in King John’s good graces just at the time when other barons decide to rebel. They seek more land and power. The newly appointed Earl is caught in the middle. When the Scots begin to raid once more Sir Thomas is forced to rally the loyal knights of the north and repel them. Following the actual history which led to the Magna Carta and beyond this fast-moving novel moves from Scotland to Wales and Northampton and Lincoln. It culminates in the battle of Lincoln 1217 when the French army attempted to conquer England. So long as the Earl and William Marshal stand shoulder to shoulder with the boy king, Henry III then England will be safe!