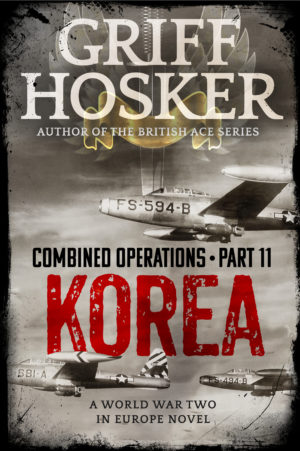 Tom Harsker has been out of the army for almost five years. His marriage to Susan has produced three adoring children. Running, with his father Bill Harsker, a successful air freight business his world seems complete. When the Communist threat grows then he is thrown into a dangerous world once more. The Berlin Airlift brings some danger but when he is summoned to the War office at the start of the Korean War then his personal peace is shattered along with the rest of the world. With just Captain Poulson from his original section the Major has to forge a new unit to operate behind the enemy lines. This time those lines are half a world away. He has to contend with a language he does not understand and enemies closer to him than he is used. The novel covers the first two months of a war which presents new and unexpected challenges to Major Tom Harsker V.C.