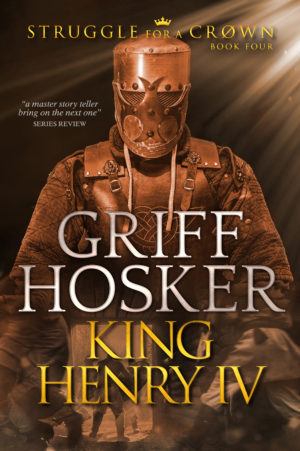 Series information: Struggle for a Crown • 4

King Richard is barely buried when the men who opposed him plot and plan to remove the new King, Henry Bolingbroke! With enemies in the north and the west, the new king and his son, Henry of Monmouth find themselves besieged on all sides not knowing whom they can trust. William Strongstaff, now a lord, is the only one they can truly rely upon and any thoughts of hanging up his sword are forgotten as King Henry sends the former royal bodyguard to help his son and quash a Welsh rebellion. Based on the events leading up to the battle of Shrewsbury the story is fast moving with larger than life characters like Harry Hotspur and Owain Glendower!