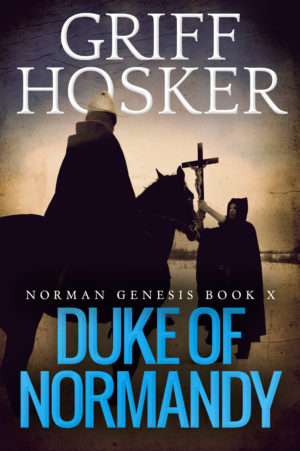 The Duke of Normandy is the next instalment in the Norman Genesis series. Rollo now had Rouen but he has enemies. The Bretons still resent his occupation of the Cotentin. There are other enemies who are hidden from him. As the new Lord of Rouen tries to fulfill the prophecy of the Viking witch and to honour his grandfather’s wishes, he has to fight enemies both domestic and foreign. Rollo has to become a warrior who can plot and conspire just like his enemies. For a Viking warrior that is hard. For Lord Göngu-Hrólfr Rognvaldson it was almost impossible.