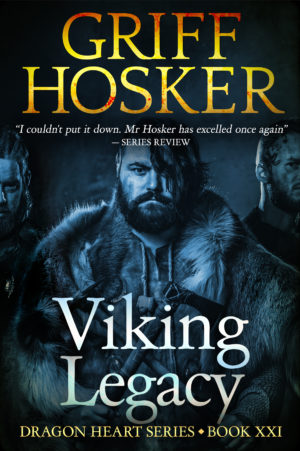 Jarl Dragonheart has unfinished business. Some of his men are missing in the heart of Wales and he has to punish the Hibernians who killed his daughter and her family in Dyflin. With a handful of Ulfheonar and untried warriors he sets sail to see the men he lost. The Weird Sisters have been spinning and his path is not a straight one. It will take him from Wales to Lundenwic, the land of the East Angles Dyflin and culminate in Om Walum. He will lose oathsworn during the journey and his family will be threatened. He will have to fight the powers of darkness as they try to entrap the warrior who wields the sword touched by the gods. The Dragonheart may be old but so long as he draws breath he will fight for his family, his clan and his land. He is a Viking!