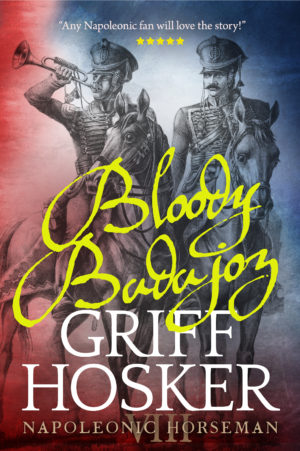 One marshal has been defeated by Viscount Wellington but more have been sent to drive the British back into the sea and to reconquer Portugal. The defences at Torres Vedras played their part and now the British must see if they can overcome the French defences at Ciudad Rodrigo and Badajoz.
Major Matthews has a key role to play in the attacks for he is charged with discovering how to overcome the French and their guns.
From bloody siege to the Battles of Salamanca and Garcia Hernandez Bloody Badajoz follows the fluctuating fortunes of both the British army and Robbie Matthews, hero of Fuente de Oñoro!