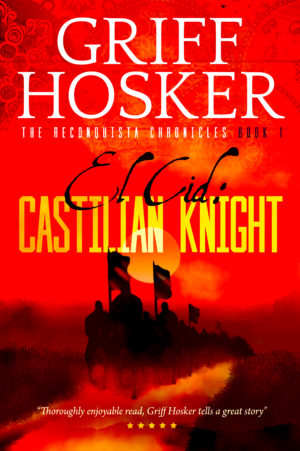 The legend that was El Cid began more than a thousand years ago and time has meant that reality and fiction are intertwined like the threads of a spider’s web.
This is the story of a time when brother fought brother and Christian fought Christian. Power was all and Spain was riven by strife which was political, religious and familial! One man came from the harsh land of Castile to make one land and one state. Spain truly began with Rodrigo Diaz de Vivar, El Campeador, El Cid.
His story is told through the eyes of the warrior who spent his life at his side. William Redbeard came from humble origins but he was destined for greatness too as he walked in the seemingly endless shadow of El Cid.
This first instalment in the Chronicles tells of Rodrigo’s rise to prominence when he became the champion of Prince Sancho of Castile. This is but the beginning of a tale which still stirs the blood a millennium after it began.