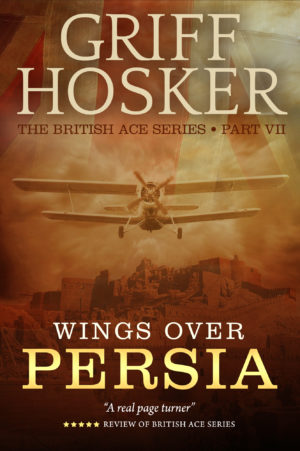 Wing Commander Bill Harsker is sent by the Air Ministry to the British Protectorate of Iraq. Ordered by the League of Nations to keep the peace, he has just a handful of aeroplanes to control the skies over Mesopotamia. Attacked by rebellious Kurds and then an invading Turkish army, the Royal Air Force is hard pressed to keep the peace. When an old nemesis from Bill’s past emerges, he finds himself fighting for not only peace but his life. Based on true events this is a fast-moving novel about the early days of the Royal Air Force.