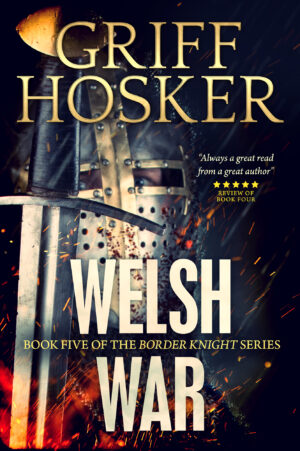 England has a new King. Henry is the young son of King John. Guided by a Council of regents and the Earl Marshal he has a divided England to heal. When William Marshal gives Sir Thomas, Earl of Cleveland, the responsibility of making the young King a warrior, he sets in motion a series of events which, although they might begin to heal the kingdom will bring pain to the Earl and his family. ‘Welsh War’ takes the reader from the wilds of the north of England to the dangerous world of thirteenth century London and the dangers of war and siege in the Welsh Marches.