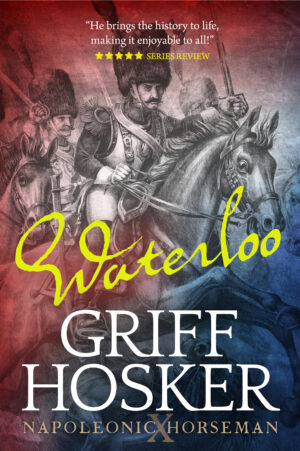 The war in southern France is almost over and it is a matter of when and not if. While Napoleon Bonaparte prevaricates to get the best deal he can British and French soldiers are dying in battle. When the news of peace comes it is too late for many soldiers and Lieutenant Colonel Robbie Matthews resigns his commission to return to England and his family. He sees his son for the first time and he and his new partner, Alan Sharp, leave England to begin a new life in Sicily.
It is pure coincidence that crosses the paths, once more, of Napoleon Bonaparte, returning to France and Robbie and Alan returning on business to England. It is the start of the end of a journey Robbie began when he joined the Chasseurs and, after the bloodbath that was the Battle of Waterloo, ends at Rochefort on the French coast.
Waterloo is the final chapter in the story of the Napoleonic Horseman!