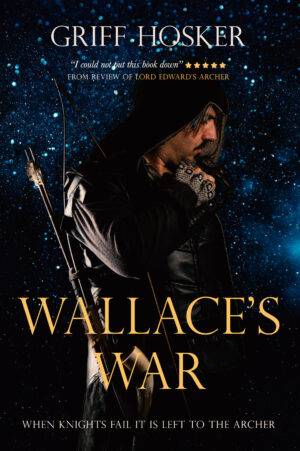 Gerald Warbow wants nothing more than to enjoy, as his grey hairs grow, to enjoy his life as a landowner, father and grandfather but King Edward 1st needs his master archer and even though the Scots had been defeated at Dunbar, Warbow and his men go off to Flanders to fight the French. When Sir Andrew Murray and William Wallace inflict a humiliating defeat on the Earl of Surrey at Stirling Bridge then Gerald Warbow is sent to begin the war that will see the Scottish and English armies clash at Falkirk.