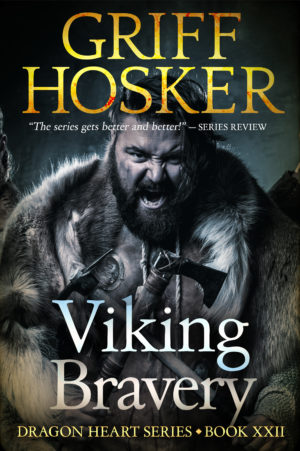 The Dragonheart has sailed many seas, fought many battles and killed countless enemies since he was taken as a Viking slave so long ago. He has built a clan and protected them in the Land of the Wolf and his name is known throughout the Viking world. Now, as he approaches his seventieth year the Norns spin their webs still. Enemies conspire and they gather to end not only his life but the very existence of the Clan of the Wolf. With enemies close to home the Dragonheart has to rely on Ylva and Sámr for they are of his blood. In a gripping finale to the Dragonheart series, the story moves quickly from the Land of Wolf to Wyddfa and Dyflin. In a cataclysmic end, Dragonheart and Haaken One Eye fight together for one last battle. This is the end of an epic. It is the end of a saga. It is the end of Dragonheart.