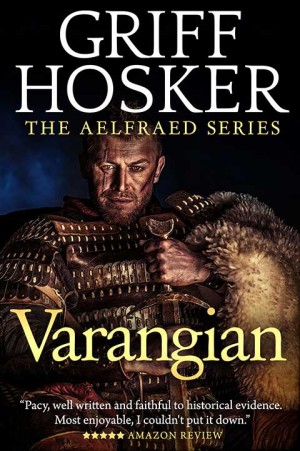 The story of the last two Housecarls from Harold Godwinson’s army who, forced from England by the Normans, journey down the Russian rivers to join the Varangian Guard where they fight, once more the Normans from Italy. The two men have to fight not only barbarians and the Empire’s enemies but treachery from within the complex world of Byzantine politics. Culminating in the battle which finally drove the Normans back to Italy, the historically accurate book paints a picture of the dying world of the Saxon warriors.