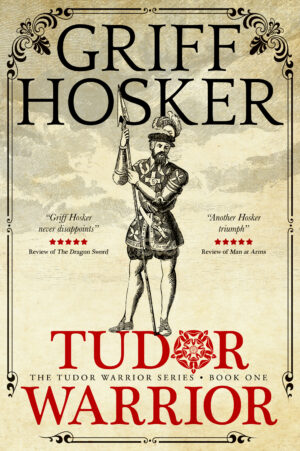 Young men who grow without the firm hand of a father can often become wild. James of Ecclestone is one such youth and when he runs away to become a billman fighting the Yorkist pretender, Lambert Simnel, he begins a journey that will shape him from a youth to a man, a wild child to a Tudor Warrior. Set against the backdrop of the early years of King Henry VIIth’s reign this fast-moving novel takes us from the Battle of Bramham Moor to the siege of Boulogne. Beginning with the battle of Bosworth field and ending with the Skirmish of Glastonbury Tor we see an England changing from Yorkist to Lancastrian and James of Ecclestone becoming a warrior of renown.