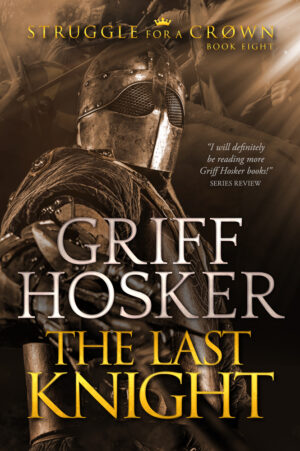 Series information: Struggle for a Crown • 8

Sir William Strongstaff is dead and the defender of England and its kings is no longer there to battle the French. His chosen knight, Sir Michael of Weedon is removed as the new king’s bodyguard and he is sent to France where the king’s uncles are trying to finish the job begun by King Henry Vth. From the outset, Sir Michael and his men are beset by treachery and intrigue. The line between ally and enemy appears to be almost invisible. When the Maid of Orléans becomes a threat then Sir Michael and his men become the only hope for the English to hold on to what they have. The struggle is not only for England’s crown but also the French one!
In a novel filled with historical characters like Jeanne d’Arc, the Duke of Bedford and Sir John Fastolf, Sir Michael grows into the knight who will fill the void left by Sir William Strongstaff whose shadow stretches from beyond the grave.