The Duke and the King 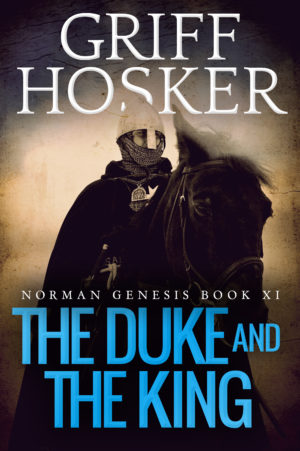 Kings can make lords but lords like Rollo of Normandy can destroy Kingdoms. When Rollo becomes Robert of Normand and gains control of Normandy, the other rulers think he will revert to his old barbarian ways. They think him old; they think he is weak! Viking blood courses through his veins. He knows how to fight. In the last book in the Norman Genesis series, we see the first steps to making Normandy the Duchy which will, by the 11th Century rule, half of Europe!