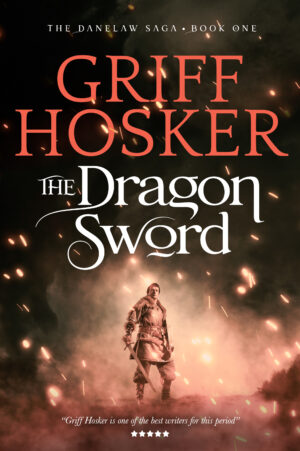 This story is set at the end of the tenth century and charts the journey a young warrior, whose father, Bersi, is killed during a raid on Wessex. Sven Bersisson has to grow up quickly and to follow in his father’s footsteps. Sweyn Skull Taker, his uncle, becomes his foster father and they raid Wessex and Frankia where the young warrior becomes a man. King Sweyn Forkbeard, the King of Denmark, uses their clan to help in his dream of defeating the Norwegians and then taking the throne of England. Sven becomes part of those plans but when he takes possession of a fabled Dragon Sword, his life changes and he becomes greater than his father could ever have dreamed.