The Battle for France 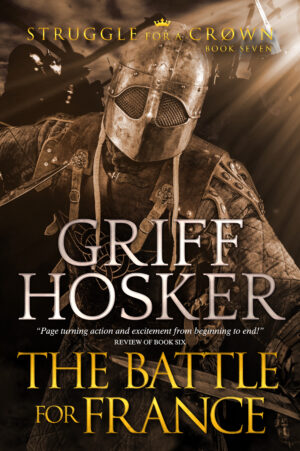 Series information: Struggle for a Crown • 7

King Henry V has defeated the French but he has yet to grasp the crown of France. He returns to finish the job which was begun at Agincourt. At his side is his mentor, Sir William Strongstaff, Knight of the Garter. The oldest man in the army he has yet to become a mere observer and he is sent on a diplomatic mission to Burgundy and an alliance with Duke John the Fearless. When the Scots ally with the French and kill the King’s brother in battle it seems that the campaign is over but the English archers and men at arms show their enemies that they reign supreme on the battlefield.
Concluding at the battle of Verneuil, The Battle for France takes England a little closer to the crown of France.