Tales from the Sword Book Two 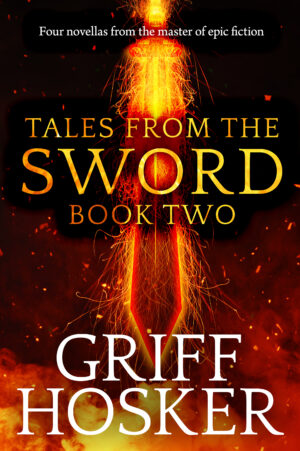 Series information: Tales from the Sword • 2

I am publishing a new book on February 14th. It is Tales from the Sword 2 and is a series of Novellas based on characters encountered in my other series of books in the modern era.
Spy Catcher is a Napoleonic Horseman story about Colonel Matthews as he operates behind enemy lines and attempts to rescue the Spy Master, Colonel Selkirk.
Tank is about the brother of British Ace, Bill Harsker and tells the story of the first time tanks were used in World War 1.
Crash also about the Harsker family and is the story of an aeroplane which crashes in the Burmese jungle and how a resourceful group of nurses and soldiers attempt to evade the Japanese and return to allied lines.
Lucky Lady is the story of a British warship which drops SOE operatives behind enemy lines and has to run the gauntlet of the might of Germany to return to England. This is part of the Combined Operations series.
Medic is a simple story. It is about George Hogan who is a Medic on D-Day and shows the day of June 6th from his perspective.