Revolt of the Red Witch 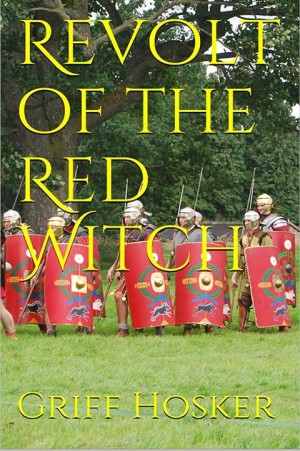 This is the story of life on the frontier in First Century Britannia. The Roman Emperor does not seem concerned with the lives of his soldiers and their families. The raiding Caledonii raze Gaius' farm to the ground and steal his wife and his children. Taken north with Macro's son they are lost. The Roman Cavalry has its hands full with the Brigante revolt fermented by the newly proclaimed Queen of the Brigantes, Morwenna. it is up to the old soldiers, Marcus, Gaius and Gaelwyn to travel into Caledonia and rescue the family. A story of battles, skirmishes and soldiers fighting well behind the enemy lines.