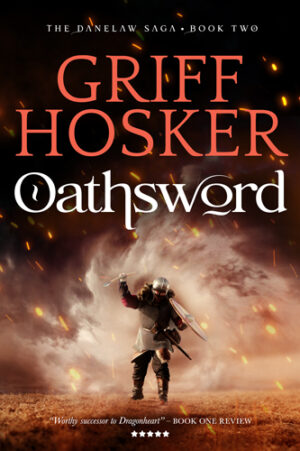 Now that he has made a name for himself and shown his courage in battle Sven Saxon Sword becomes not only a leader in battle but also a target for others when he fights. Beginning with the Battle of Svolder when hundreds of ships clashed in the sea, the novel takes us through the maelstrom of war. Sweyn Forkbeard has ambitions in the west where there is a weak Saxon king, Aethelred. Sven Saxon Sword and his foster father are part of the force which battles in Wessex, Cornwall and Kent. As they battle the clan grows and becomes more powerful. Sven Saxon Sword becomes a warrior of even greater renown and a leader of men.