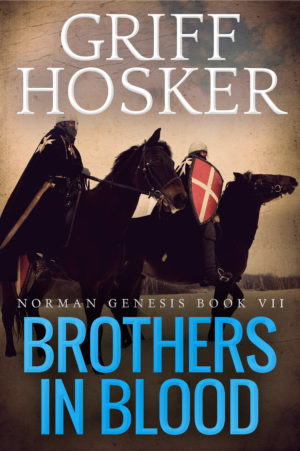 Hrolf the Horseman had two grandsons. One is cursed. As the boys grow into warrior so the power of the curse grows. Both are warriors and both fight the enemies of the clan. When the brothers clash then the conquest of the Bretons and the defeat of the Saxons becomes irrelevant as Rollo is lost to his grandfather and becomes a warrior in the north of Norway. There he has to begin again. He starts with nothing. By strength and courage, he achieves a reputation and he leads his new clan to glory. Culminating in a battle at sea this is a fast-moving novel which takes the reader from Brittany to Denmark; from Norway to Scotland and from England to Ireland. It is another step on the journey which will see Rollo as the first Duke of Normandy.