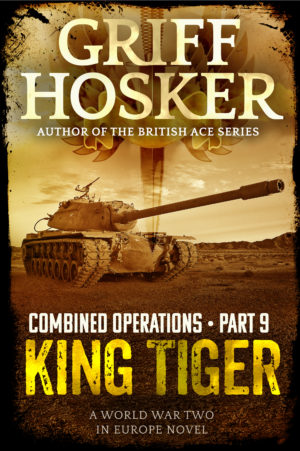 Tom Harsker V.C. and his men think that, after taking Walcheren and securing Antwerp, they will be due a leave. When three of them are sent to train other soldiers they think that it will be an easy assignment. Their break from war is rudely interrupted when Adolf Hitler launches Unternehmen Wacht am Rhein ("Operation Watch on the Rhine"), they are thrown back into the maelstrom of war. They are caught up in the retreat of the cavalry from St. Vith and they, and their American allies have to fight to defend every inch of the snow covered forests of the Ardennes. It will be a test of all their skills as they face the new German tanks, the King Tiger and the Jagdpanther. The fast moving novel reflects the actual events of December 1944.