Revenge of the Franks 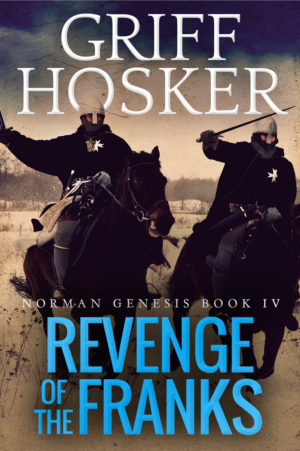 The Vikings on the Cotentin try to live in peace with their neighbours, the Franks, but when they are attacked they have to fight. Aided by fellow Vikings they begin to make inroads into the land of the Franks until disaster strikes and the new allies meet defeat. When the full force of the Franks descends upon the Haugr every member of the clan must fight to prevent their extinction.