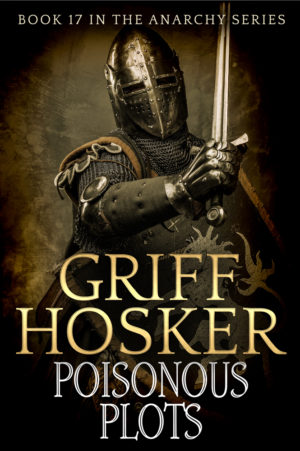 When King Henry appoints Thomas Becket as his Archbishop of Canterbury he does not realise the problems he will create for himself. When the priest refuses to allow the King’s brother then tensions escalate. It soon becomes clear that King Louis of France has woven a complicated alliance of enemies and spies in an attempt to reclaim the Vexin from King Henry. The Warlord is forced to defer his visit home and join the King in putting down a rebellion in Brittany. When the King of Scotland dies his hot-headed brother, William, gains the crown and war breaks out on the King’s northern border. There is only one man who can deal with the unrest and the Warlord returns to Northumbria to confront the Scots once more. Based on actual events ‘Poisonous Plots’ is a fast-moving novel and continues the saga of the Warlord and his family.