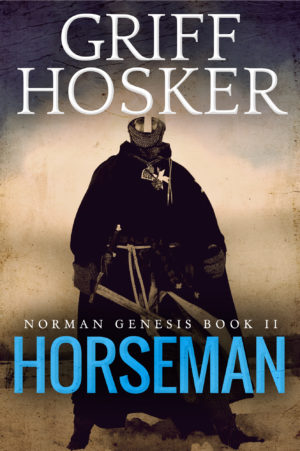 The Raven Wing Clan have fought off their enemies and prosper on the their island home. A sibling rivalry threatens to break apart the fabric of their lives and Hrolf the Horseman is sent on a mission deep in into the heart of Frankia to heal the rift. When Jarl Gunnar Thorfinnson decides to take a wife it embroils the clan in an alliance which takes the clan far from home to fight overwhelming numbers of wild and fierce warriors. It is a novel filled with battles and intrigue. Set in the ninth century the book paints a vivid picture of life in a Norse village at the end of the ninth century.