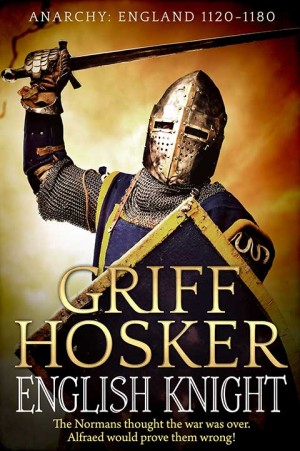 The throne of England is slipping from King Henry’s grasp. His only son has drowned in the English Channel and the predators are gathering ready to devour both England and Normandy. When the last of King Harold’s Housecarls returns to England to die he brings with him a reluctant hero who will save the kingdom. Alfraed, son of Ridley, is the first of a new breed, he is an English Knight. The novel is set in a time when warlords fight for small parcels of land and treachery is the order of the day. English Knight is a fast moving novel set in that most turbulent of times, The Anarchy. Filled with action and battles this is the first in a series of chronicles painting a picture of a bloody time in English history when the only people you could rely on were your household warriors and you slept with a dagger beneath your bed.