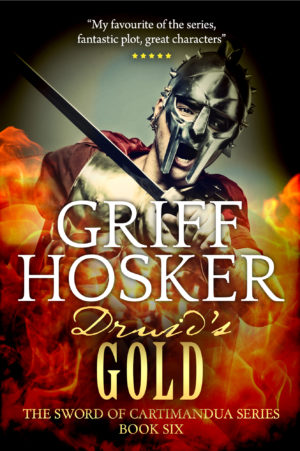 This is the story of two native nobles. One fights for Rome while another plots to destroy Rome's tenuous grip on the province of Britannia. Set against the backdrop of the early days of the Roman invasion of Britain the fast moving novel follows the Roman auxiliary cavalry as they try to do the work of a legion. At the same time the Brigante are led by the evil Morwenna who seeks not only power but also revenge for the crucifixion of her mother. The Sword of Cartimandua is called into action again as Marcus' Horse fights once more.