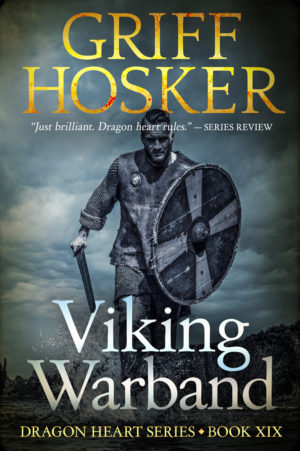 When Jarl Dragonheart steals the crown of Queen Osburga of Wessex he sets in motion a train of events which have dire consequences not only for the Land of the Wolf and Wessex but the land of the Danes too. After his great grandson, Sámr, is almost lost at sea, the Dragonheart is given a task. He has to lead a Danish army and take Lundenwic and Wessex. With just a handful of men and Ragnar’s son, Sámr, the Dragonheart battles Danes, Saxons and the Norns. A fast moving novel which takes the reader from north of Hadrian’s Wall to the Holy Roman Empire the novel tells the story of the great Viking raid of 851!