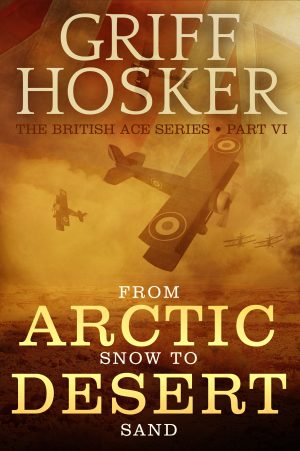 The novel takes Bill Harsker from the fields of France to other postings in the post war world of 1918. It is the story of the early days of the R.A.F. when Winston Churchill commanded the fledgling air force. Bill is sent to help fight the Bolsheviks in the Baltic where he has to learn to take-off and land on a carrier. There he has to learn how to play politics with men whose loyalties are not obvious. Ordered to the rebellion in Egypt and then Somaliland, Bill has to learn a whole range of new skills. Based upon actual events Arctic Snow to Desert Sand is the story of how the Royal Air Force learned its skills of war in a time of peace.