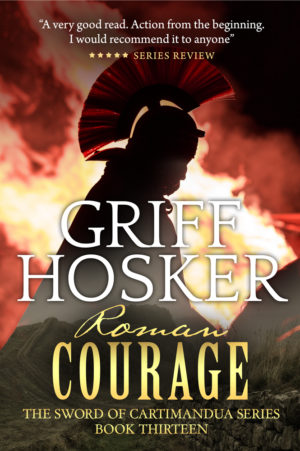 Decurion Marcus Aurelius, the warrior who wields the Sword of Cartimandua arrives home to find his world devastated by losses he cannot comprehend. He is sent north to the land of the Votadini where he becomes embroiled in an insurrection which threatens to destroy every fort north of the Roman Wall. When he is given command of a turma in the Ala Petriana he has to forge another weapon to fight the barbarians. The novel is filled with intrigue, conspiracy and battle. It culminates in a savage encounter deep in the forests of Kielder where the Sword of Cartimandua has, once more, to save Rome.