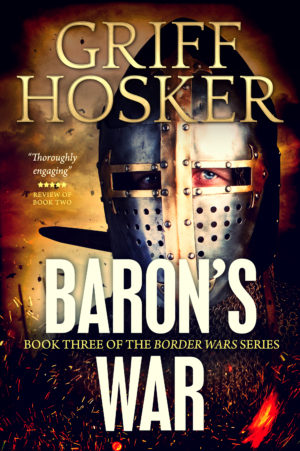 When Prince Arthur is murdered and the French begin to take Normandy, Sir Thomas finds himself isolated and alone. The Norman barons conspire against King John and the English knight has a dilemma. Does he join the rebels or stay true to his beliefs? Undefeated he and one of his knights leave Anjou and sail to a new life in England but it is not a life without trouble and death. He finds himself, in the midst of conspiracies and plots, forced to defend his land against bandits, brigands and the Scots. A fast-moving novel based on actual events at the start of the thirteenth century.