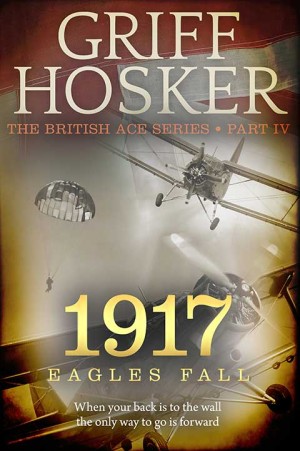 The battle of Arras is about to begin and the new German fighters will rule the skies in what will become Bloody April when the Royal Flying Corps begin to lose pilots and crews in huge numbers. 41 Squadron become the one hope on the Arras front and Bill, Gordy and Ted have to fight for their lives against the new Albatros and Baron Manfred Von Richthofen. The novel moves between the war in France and the home front to give a graphic snapshot of the war in the Spring of 1917.